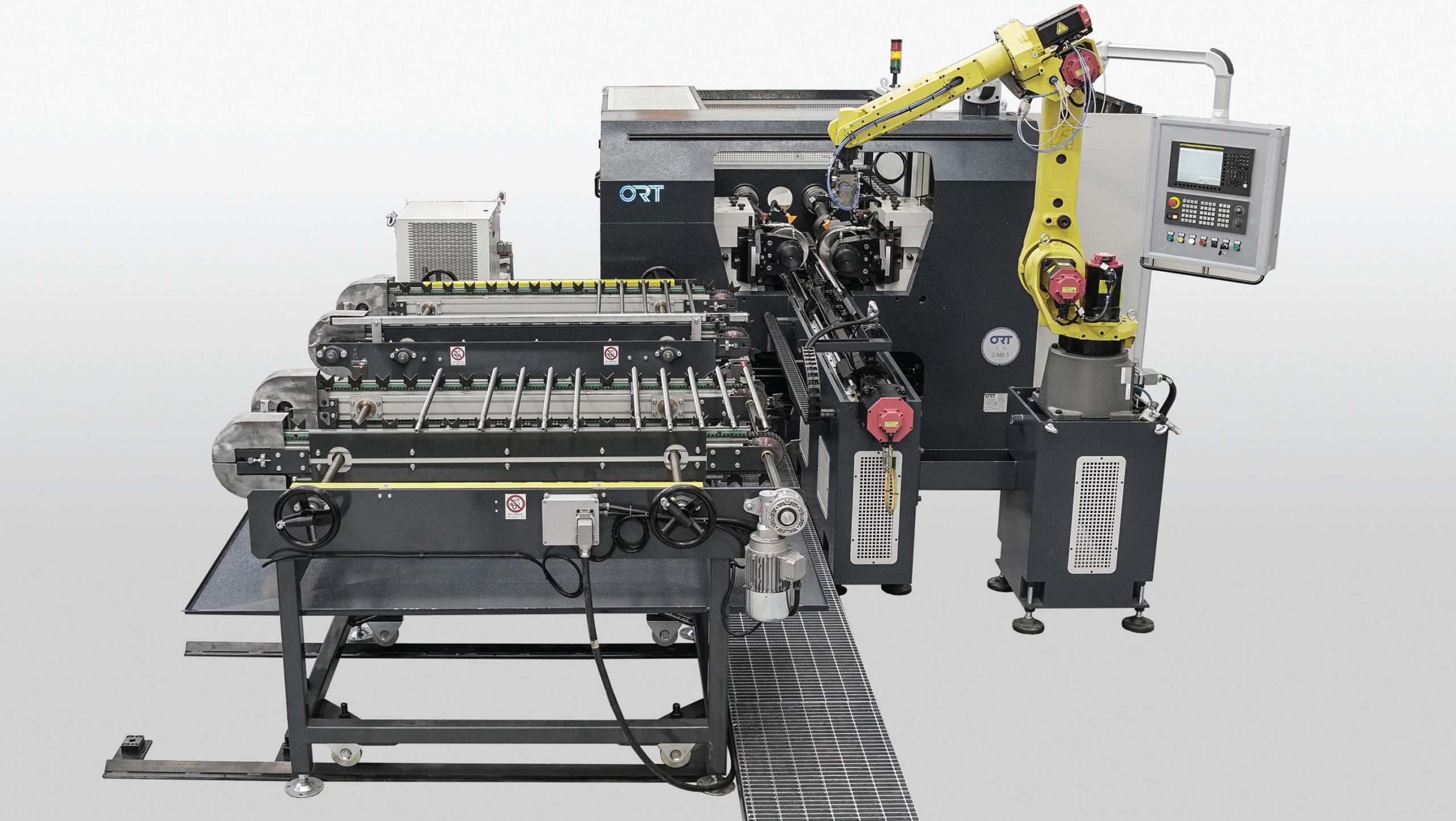 Passion, knowledge and a mix of tradition and innovation are the strength points of ORT ITALIA philosophy.

The company has been founded by Mr. Cavagnoli Luciano and his brother in 1964 for starting the production of machines for rolling process:  the company has produced more than 4.000 machines supplied all around the world and it was the first to introduce some innovative solutions such as the three dies machines driven by hydraulic slides, servo-motorized two dies machines and CNC versions.

- COMFORT models: more traditional machine frame execution, suitable as one or two slides machines with gear box and AC motor transmission. The range of rolling force is from 10 Tons up to 120 Tons.

- EVO models: the newest evolution in rolling machines suitable as one or two slides machines with
servomotor and planetary gear box for high precise and backlash free transmission. A completely new machine frame re-designed as monobloc system is the stronger and sturdiness machine frame
suitable for every application in rolling process. Range from 10 tons up to 120 tons.

- THREE DIES MACHINES: available in COMFORT and EVO models are the well-known worldwide best three rolling dies machine with the largest range from 10 Tons up to 150 Tons,

- Swivel angle adjustment motorized for a high precise and fast machine set-up in case of through feed rolling process. The swivel angle adjustment is traditionally made by the operator by the use of hand adjustment devices: this is for sure a very long time consuming and
subjected by the skill of the operator. The solution developed, using servomotors and encoders, is fully automatic: typing the right value of the angle on the O.P. , the hydraulic blocking is released and the motors moves the spindles up to the right value.

- Die match research: using in-feed rolling dies or lead corrected through feed dies the die match between the two (or three) rolling dies must be found by the operator. ORT ITALIA developed an automatic way to search the die match. Calling the function” Die match research” the machine start the procedure to detach the match of each set of rolling dies using a laser device and a specific algorithm: the match is found by the machine itself without any need of operator intervention.

- ELECTRICAL EVOLUTION: the last generation of machines developed by ORT ITALIA are the line offully electric rolling machines. The new series is not using the hydraulic force for the slide movement but an electronic-mechanic transmission with servomotors and actuators. When the
main requirement is not the high rolling force but the very precise positioning and the better managing of the process for rolling special profiles with a high accuracy requirement, these machines are the best choice.
Splines, serrations, worm gears and ball screws are the main application of these kind of machines.
Other important advantages compared to the hydraulic machines are the reduction of the energy consumption, the elimination of the thermic gradient and cost saving of maintenance.

ORT has recently introduced highly efficient Energy Saving hydraulic unit. It works with Servomotors and can save electrical consumption and energy up to 70%. Thanks to all these mechanism, there is a very high improvement of the slides movement. All ORT ITALIA products can be equipped with many rolling accessories, all studied and made in our factory, suitable for every kind of rolling process such as :
- Center -rolling device, fully CNC controlled
- Loading/ unloading systems completely automatized and integrated into rolling machine’s control
- Automation with motorized pick and place, robot or SCARA .
- Front side and rear side support for long bars with easy set-up system (atomatic adjustment of the
height )
- Special work-piece support dedicated to the customer requirement
- Personalized solutions upon customer requirement.


All this innovative systems together with the extraordinary history of our company, let us say that an ORT ITALIA machine is the best solutions for rolling process over than 50 years.

Want to advertise with us?

Industrial Technology reaches more than 50,000 companies worldwide, with a particularly careful and effective distribution in the Middle East.
The magazine also reaches the main fairs and major trade associations of various countries, in order to have the widest possible dissemination among stakeholders.